Golden, BC celebrates history and tradition in honour of Canada’s 150th 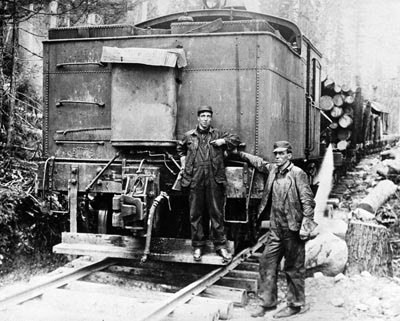 Golden, B.C., Canada – In honour of the 150th anniversary of Canadian Confederation, Tourism Golden is inviting visitors to learn more about the history and tradition of the friendly, welcoming authentic mountain community. The area was originally discovered by famed explorer, David Thompson, with Canadian Pacific Railway and Swiss guides making major contributions to the development of this spectacular town in the “Heart of the National Parks”.

“It was adventure that brought the first explorers over the Rocky Mountains, but it was the treasures of Golden that made them stay,” says Andy Brown of Tourism Golden. “This year is a perfect time for today’s explorers to discover Golden as Parks Canada is offering free admission to all national parks in celebration of the 150th anniversary of Canadian Confederation.”

Visitors are invited to check out the Golden Museum and the Edelweiss Village which was built in the early 1900s by Canadian Pacific Railway for the Swiss Mountain Guides.  They can also stroll along the Kicking Horse River Pedestrian Bridge, which is the longest freestanding covered pedestrian bridge in all of Canada, and enjoy a concert at the historic Golden Civic Centre that was built in 1948.  Or take a step way back in time, whilst enjoying the Blaeberry River and Valley and Thompson Falls, and imagine what this was like for David Thompson in the 1800s when he first explored the river.

Discovery
In 1807, David Thompson first crossed over the Howse Pass and travelled along the Blaeberry River to the future site of Golden. In search of the Columbia River and, ultimately, a passage to the Pacific Ocean, Thompson’s travels took him to the junction of the legendary Columbia and Kicking Horse Rivers.

First Settlement
The first settlement of just one building was established in 1882 and was simply called “McMillians Camp”.  The site was previously used by Major A.B. Rogers as a food cache for his survey crew who were searching for a route through the Selkirk Mountains for the Canadian Pacific Railway’s (CPR) transcontinental railway.  The name "Golden City" was chosen to replace “McMillians Camp” but the gold mining industry didn't meet the optimistic expectations.  Soon the term "City" became a little too pretentious for most and the town became known simply as Golden.

Canadian Pacific Railway
The CPR’s presence helped establish Golden as one of Canada’s major hubs. As the CPR constructed its cross-country network of rails, it used Golden as a base camp as it extended further into the western part of B.C.  The railway was completed in 1885 and Golden soon became a prominent stop on the line. The CPR also paved the way for the Trans-Canada Highway, which helped to transform the area from a forest outpost to a true community.

For well over a century, Golden’s fortunes have been linked with the forestry industry which was initiated with the building of the CPR Railroads, which required 3000 railroad ties per mile. There was also demand for buildings, bridges, trestles and snowsheds, some of which took huge quantities of large timber.

Swiss Guides
The CPR recognized that many travellers through Golden would want to stay, explore and discover the incredible area for themselves. CPR hired professional Swiss guides to assist in providing connections to this compelling yet rugged landscape.

Mountaineering activity in the region attracted international visitors, including Alpine Club of Canada members, who based their mountain explorations from Golden.  The Swiss Village still exists today and is situated 1.5 kilometres west of Golden.

Kicking Horse's Origins
In 1858, the Imperial Government sent John Palliser out to find a feasible route from the Prairies through the mountains so it could extend the railway. Geologist, Sir James Hector, was among those on the expedition team. Sir James ended up stumbling upon the Kicking Horse Pass and was camped out at the Great Divide.  He suffered a vicious kick from his horse which broke three of his ribs and knocked him out. In fact, he was unconscious for so long, his three Native guides were convinced he was dead and decided to bury him. As they were carrying Sir James's lifeless body to a grave some distance away, he suddenly came to. When he was well enough to move around, he explored the valley and eventually discovered the pass that became the route through the mountains. The pass and the river were dubbed "Kicking Horse" in his honour.

About Golden, B.C.
Located in the heart of six of the most stunning national parks (Yoho, Glacier, Banff, Jasper, Kootenay, and Mount Revelstoke) Canada has to offer, Golden, B.C., offers endless opportunities for outdoor adventurers to enjoy an extended visit to this natural wonderland.  Activities include “Walk with the Wolves”, whitewater rafting, hiking, wetlands tours, horseback riding, paragliding, sky-diving, mountain biking, mountain climbing and more in the summer, and skiing, snowmobiling, dog sledding, snowshoeing, fat biking and more in the winter.