We were on our way back from a whirlwind trip to Vancouver Island for a Gran Fondo so this time, the wrong bikes were on the rack. Or so I thought. Turns out, I was wrong. Staying in a cabin at Moberly Lodge was the perfect location to drop the “skinny tires” from the bumper and add road biking to the adventures we do in Golden B.C.

Moberly Lodge is tucked in the trees on the northeast shoulder of the valley between the TransCanada and the Golden Upper Donald Road. Pulling up the driveway at nightfall was a bit like driving into a tourism brochure. The main lodge was softly lit in that “Yes, you are home.” warm glow. In the blink of a very road-weary eye, we were relaxing in one of the two cabins. Yup, it felt like home.

The town of Golden is surrounded by dozens of lodges, chalets and cabins, each offering the same spectacular views and access to the 6 national parks yet all unique in style and amenities. A few are so delightfully remote they are accessed by helicopter. For this trip though, Moberly Lodge was perfect.

The next morning had us doing a brisk lap on our road bikes on the Upper Donald Road. It turns out that even though the Upper Donald Road has no shoulders, it is actually a fantastic strip of tarmac that rolls through the valley without much traffic. When crossing the bridge over the trickling Hospital Creek it's hard to believe that that itty bitty creek is what lays at the bottom of the gorge under the Golden Skybridge suspension bridges only half a kilometre away. Stopping again to watch as people nervously navigate their way on the highest suspension bridge in Canada was entertaining. A visit was planned for the next day.

Since we didn’t think ahead to bring supplies for the BBQ, we took Lucille’s advice and went into Golden for dinner at the Wolf’s Den. The massive Big Crusty Quebecer is a breaded chicken breast covered in a messy sriracha maple glaze. Oh, it was good! It was well worth the 15-minute trek into town. When we got back to the cabin there was wood waiting for a campfire but all we did was sit in the Adirondack chairs and watch the Milky Way roll by. If you can believe it, we deemed the crackle of a fire would only ruin the silence.

The next morning, I met up with Lucille and Johnathan to learn about the history behind the Moberly Lodge.

“The lodge was built around 2001 but fell on tough times. When we came to view the property, even though it had sat locked up for nearly eight years, it was like the previous owner had just left. Magazines were still on the coffee tables and dishes were ready to be used,” said Lucille. A massive dusting was in order. The lodge opened under their proprietorship in 2015.

The main lodge runs as a B&B with five rooms suited for two travellers. A hot tub sits at the end of a very long deck. Families and groups enjoy the two fully equipped cabins ready for up to 6 people. Pets are welcomed in the cabins with advanced notice.

As we talked, Lucille continued to create breakfast for the guests staying in the lodge. She blushes as she admits people gush over her meals. “I like to make everyone happy.” 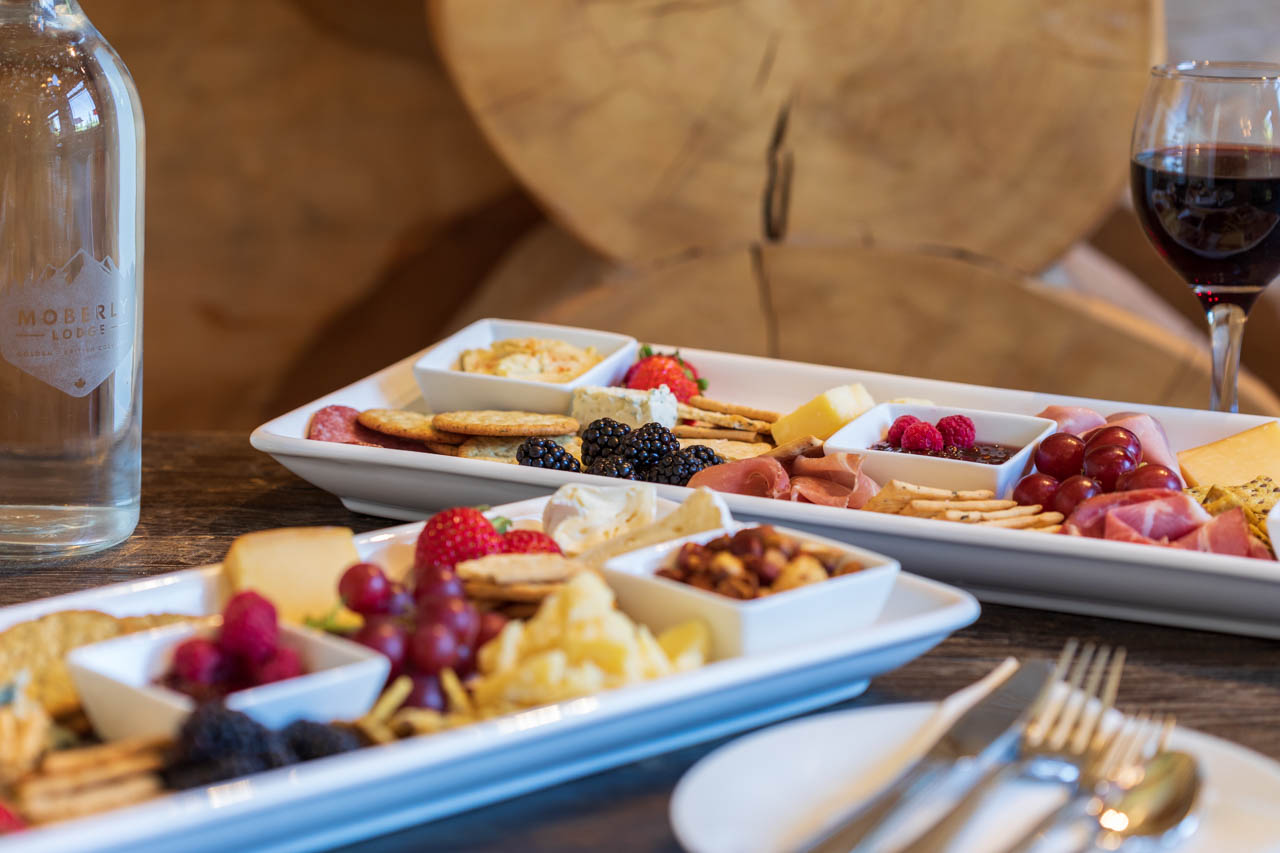 I enquired about a third cabin tucked in the trees that were not ready for occupation and that’s when Johnathan filled in the blanks.

“Local log builders, as in builders from down the road, constructed the buildings and I decided that I should learn how to do it too. How hard can it be?” said Jonathan with a laugh and a shrug of the shoulders. “It will get done. It’s really not that far off.”

It looks like they will need the extra cabin. Lucille says under normal travel conditions, they are booked solid three months in advance with many bookings coming by word-of-mouth.

“We are busiest in the summer with international guests. In the winter it’s a lot of backcountry skiers and people heading to Kicking Horse,” says Lucille. “We offer a warm, inclusive lodging for everyone. We love it when people come to curl up with a book by the fire. Adventure doesn’t have to be aggressive.”

I couldn’t agree more. I headed back to the chair by the fire pit with a big coffee and a crossword puzzle. Let’s see…12 letters for comfy, quaint mountain abode…MoberlyLodge fit just fine. 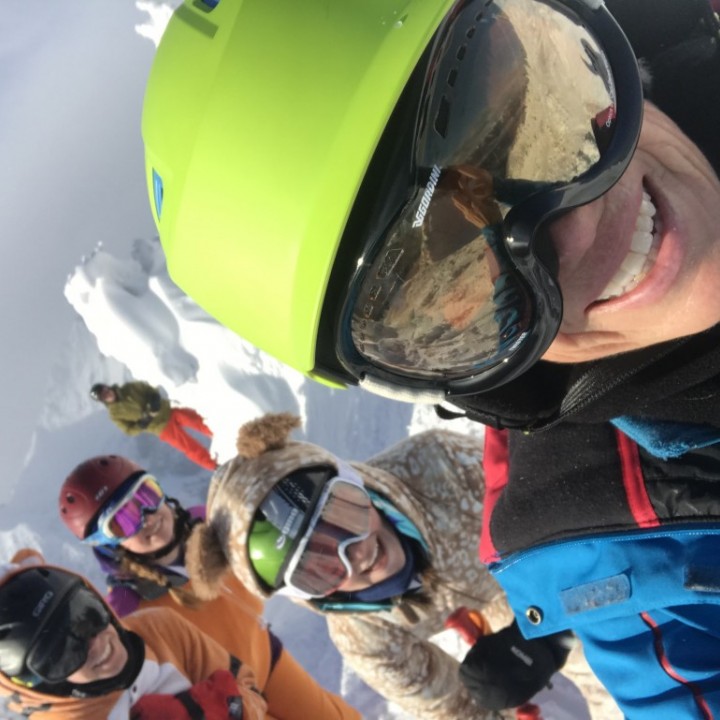 As a travel writer for two decades, Joanne Elves has circled the globe writing compelling stories to entice readers to do the same. You’ll find her on any adventure that includes running, cycling, skiing or hiking. She may live in Calgary but Golden is her basecamp. 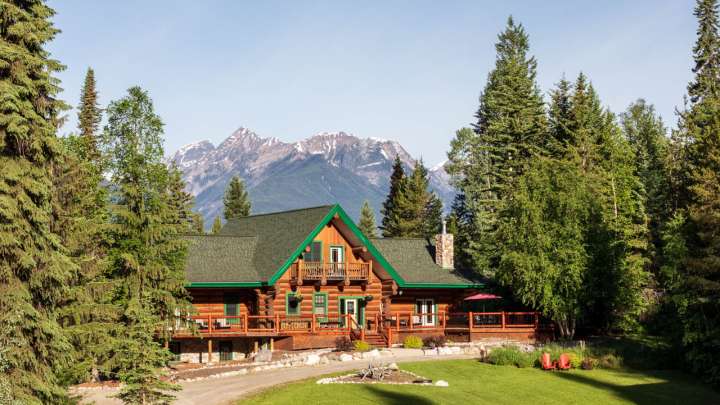 We were on our way back from a whirlwind trip to Vancouver Island for a Gran Fondo so this time, the wrong bikes were on the ra

As a travel writer for two decades, Joanne Elves has circled the globe writing compelling stories to entice readers to do the same. You’ll find her on any adventure that includes running, cycling, skiing or hiking. She may live in Calgary but Golden is her basecamp.