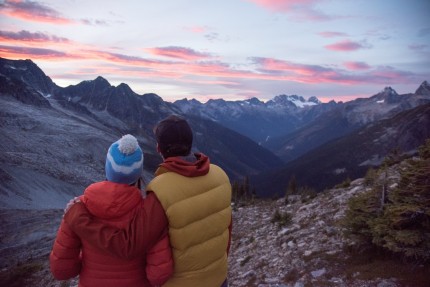 March 31, 2017, Golden, B.C.  Tourism Golden is thrilled to announce the launch of the “Heart of the Parks Campaign” on April 1, 2017 in celebration of Canada’s 150th anniversary.  The multi-channel campaign continues to build on Tourism Golden’s strong brand with spectacular new print and digital advertising, social media and high profile video billboards.

Situated in the Heart of the Parks, Golden is surrounded by six of Canada’s most spectacular national parks; Yoho, Glacier, Banff, Jasper, Kootenay and Mount Revelstoke.   Visitors from around the world looking for an authentic, unique mountain experience have an added incentive this year as Parks Canada is offering free admission to all national parks in celebration of the 150th anniversary of Canadian Confederation.

“We are very proud of the Heart of the Parks Campaign,” says Joanne Sweeting, executive director, Tourism Golden. “And we are grateful for the support of Parks Canada and Destination British Columbia in helping us develop this traditional and social media campaign that is layered with multi-channel paid advertising.”

According to Sweeting, “One of the new campaign components that we are very excited about is 120 - five second videos that will air on ABC’s Good Morning America billboard screen in New York’s Times Square from April 3 through April 9.  This will be followed by five second videos featured on billboards in Toronto’s Dundas Square and PATH underground shopping complex,  and on Toronto’s Gardner Express Way at various times from May 1st to June 30th.”

Also kicking off on May 1st is the social media contest, “150 Golden Moments”, on Instagram, Facebook and Twitter.  Visitors are encouraged to post their favourite Golden, B.C. moment and tag it with #GoldenBC and #150GoldenMoments. Every month, for ten months, the top 15 images will be posted on the Tourism Golden website.  On March 1, 2018, the top 15 images from the ten month contest will be posted with the public asked to vote to determine the winner of “150 Golden Moments”.  The grand prize is a trip to Golden that will include three night’s accommodation, and activity and dining experiences.